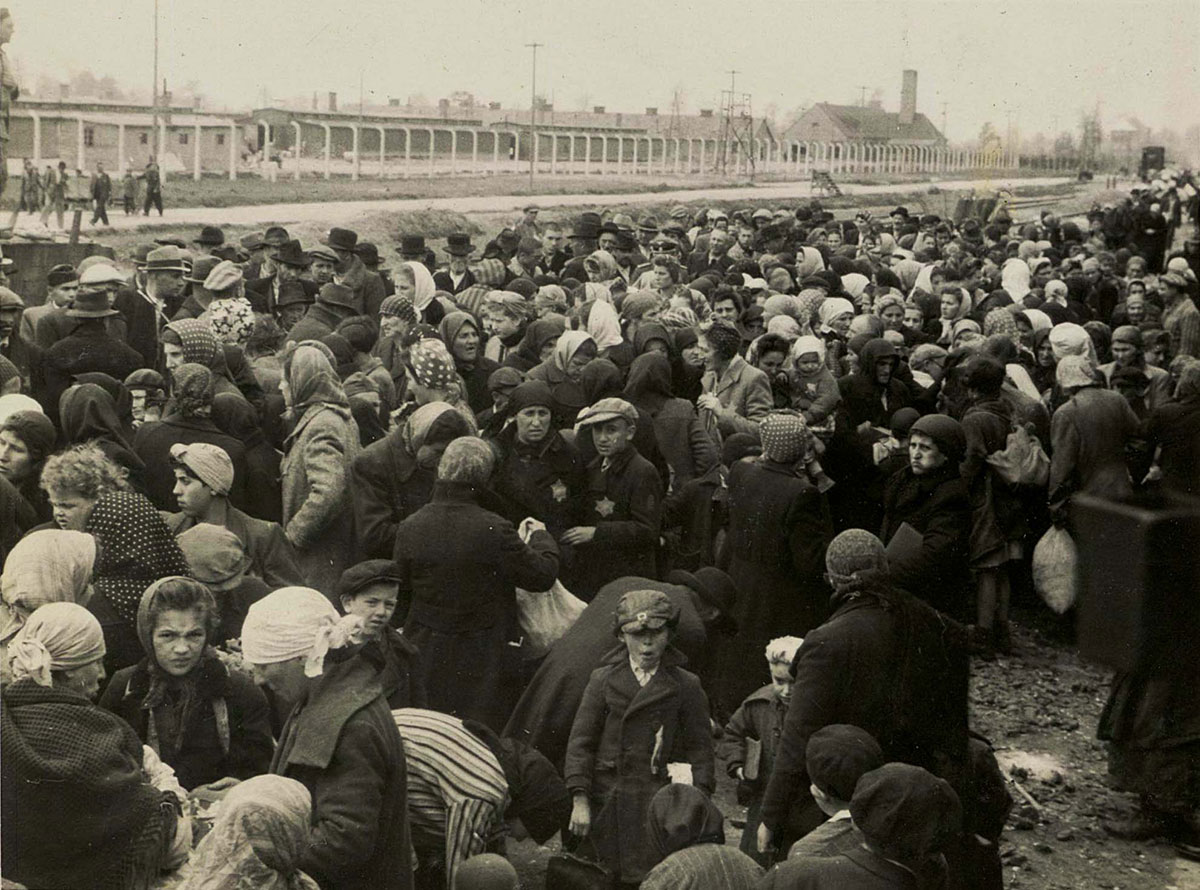 The Auschwitz Album is made up of 193 photos that the Nazis took of Hungarian Jewish victims who had been brought in cattle cars to the death camp.

The images follow the processing of newly arrived Hungarian Jews from Carpathian Ruthenia in the early summer of 1944. They document the disembarkation of the Jewish prisoners from the train boxcars, followed by the selection process, performed by doctors of the SS and wardens of the camp, which separated those who were considered fit for work from those who were to be sent to the gas chambers. The photographer followed groups of those selected for work, and those selected for death to a birch grove just outside the crematoria, where they were made to wait before being killed. Wikipedia

Here’s another one of the Auschwitz Album photos. It’s heartbreaking. 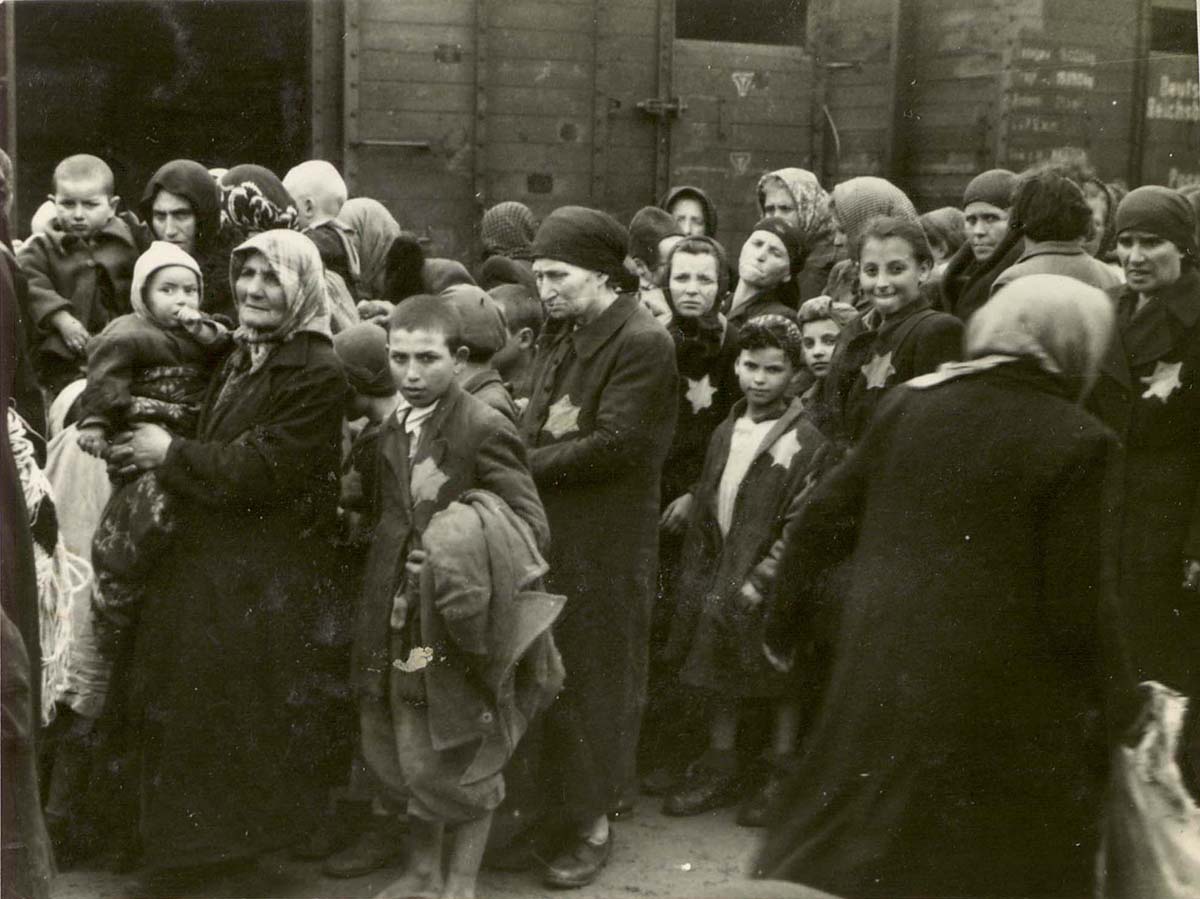 My family are Hungarian Jews from Carpathian Ruthenia. The lady who found the Auschwitz Album, Lili Jacob, was from my family’s hometown of Bilky. Some of the victims who have been identified in the album were from Bilky, as well.

In my family alone, during this three months:

My Aunt Eva bravely described in her memoirs the moment her nine-year-old son, Thomas, was taken away on arrival at Auschwitz.

In the morning the train stopped and we arrived in a godforsaken place called Auschwitz. The air was full of smoke with a very strange smell. We were all in a daze. The SS was urging us to get off quickly. The packages had to be put in one pile. I was holding my dear Thomas by the hand and was looking for his sweater when an SS man came and pushed me. I looked up and saw my in-laws standing already in a line with middle-age people. My mother-in-law was holding my sister-in-law’s Georgette’s little two and a half year old Robbie. And there was another very long line with young women. I was standing flabbergasted and did not know where to turn, when another SS man pushed away my dear son and said to me in German, “Where are you running round like a crazy coat.” I thought I was standing in one place and the world is turning around me. I do remember running towards my in-laws after my dear little Thomas was pushed away from me and told him, “Hold on tight to Grandfather’s hand.” And he did. I thought, as we were told, that the older people would take care of the children and we would work and at night we will see them again. I looked after them and they disappeared in the dust and I never saw them again.[

And so, when I learned about the Auschwitz Album, I spent many hours going through the photos and comparing them with the few photos that I have of Bilky family members.

I didn’t find anyone. So, I decided to take a different approach.

Over the years, I’ve come to rely upon Google to search through my photos. The process is easy. You give names to faces in Google Photos. Google will then use its processing power to find matches within your photo library.

And when I became frustrated that I couldn’t find any family members in the Auschwitz Album, I decided to use Google Photos to search through the album.

To do that I created a separate Google account.

I then uploaded to Google Photos the Auschwitz Album and whatever photos I had of family members who had been in Auschwitz.

I identified the family members in the personal photos I had.

I then waited for Google to compare those photos with the Auschwitz Album.

Google did find some possible matches. Here’s one for my Aunt Bella.

So far, they’ve come up with a bunch of suggestions. But I can’t say that they’ve matched anyone.

It’s the least I can do.